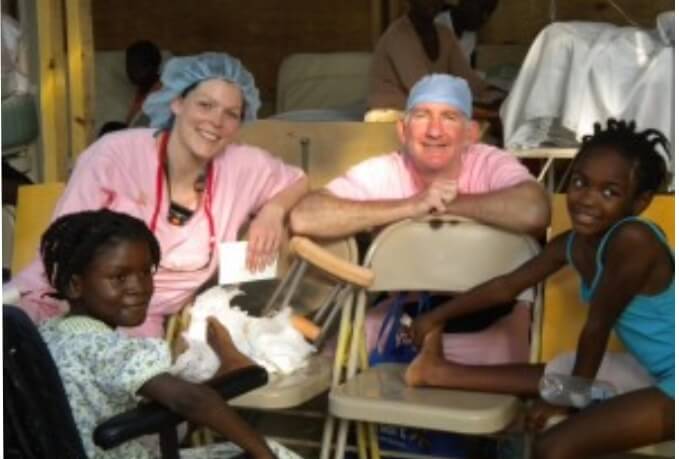 Dr. Louis, O’Connell and Whirl visited St. Francois de Sales Hospital in Haiti’s capital city, Port-au-Prince. In the earthquake, the hospital had collapsed on itself, burying 50 doctors, nurses and patients. The lingering smell of the victims’ decomposing bodies reminded the relief workers that the lack of equipment had meant that many died in the rubble. Members of Dr. Louis’ team worked in tents in the open air, adjacent to the collapsed hospital.

Dr. Louis narrated a slide presentation. The devastation witnessed by Dr. Louis’ team was curiously inconsistent. Eerily, in the area of the city around the hospital, all buildings had collapsed except for a funeral home. Some areas of the city seemed relatively unscathed, while in others undamaged buildings stood side by side with heaps of rubble.

When the team went out to dinner, they found it strange that while inside the restaurant, they felt as though they were in another world. Inside the restaurant, everything was normal and there were no shortages. Outside, on the other hand, was devastation in every direction.

Despite the devastation, Dr. Louis noted that the Haitians still managed to present their Sunday best of crisp white clothing when it was time to go to church. Since many people were living outside, sometimes in tents or lean-tos, he didn’t know how some Haitians succeeded in maintaining their standards.

The medical team’s work was exhausting, Dr. Louis said, and the medical cases different from his usual work. In Haiti, he performed 15 surgeries in the team’s week-long visit. That’s more than twice as many surgeries as he’d perform at home in the same time. Most of the surgeries he performed in Haiti were to clean up infections that had developed at the sites of previous surgery.

In Haiti, the medical team was forced to observe a very strict triage discipline. Cases that would have been considered emergencies here at home were forced to wait while even more serious cases made a higher priority for operation.

Dr. Louis hopes to return in a month’s time. In the meantime, Hinsdale Orthopaedics is collecting gently-used orthopaedic supplies to ship to
Haiti, including crutches, braces, canes, slings, splints and walker boots.

Moments in Black History is a new history discussion club spearheaded by Head of Circulation and 17-year Bellwood library veteran Jacqueline Spratt. Moments in Black History is intended to promote awareness of
our own history and that of notable Black Americans because the more you know about how we got here and how change has influenced our society the greater our understanding of the present. That awareness helps us to know ourselves and cope with dynamic change of our lives today.

Haiti’s post-earthquake recovery was the topic April 6, when Dr. Steven Louis, Hinsdale orthopedic surgeon, came to the Bellwood Public Library to speak to library patrons about his humanitarian relief work in Haiti. Dr. Louis’ program was part of the program for the first meeting of the newly formed Black history group, Moments in Black History.

Dr. Louis is an orthopaedic surgeon, specializing in trauma, at Hinsdale Orthopaedics in Hinsdale, Katelyn O’Connell is a board-certified physician assistant, and Ann Whirl is a clinical and surgical assistant. O’Connell and Whirl accompanied Dr. Louis to Haiti. 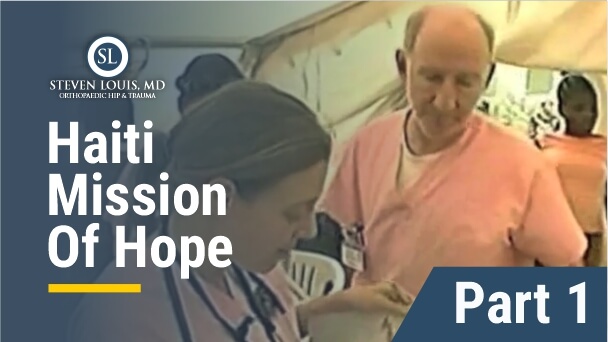 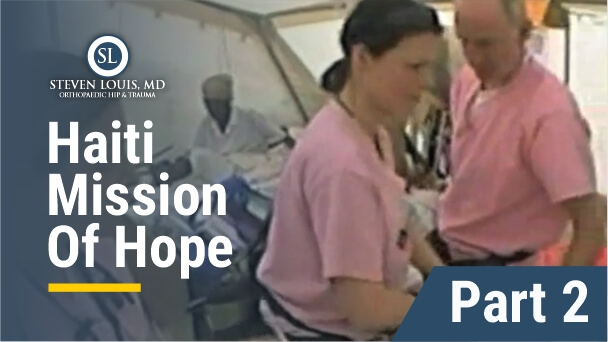